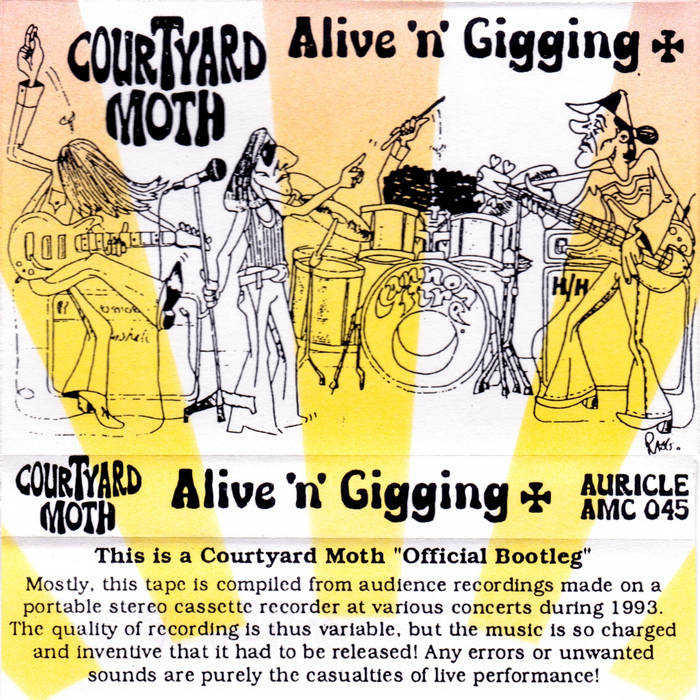 Leicester's Courtyard Moth were amongst the finest rock bands around in the early/mid-1990s. But sadly, they burnt out just as they were blossoming. Most of the numbers on this tape started life as 3 minute songs that grew and grew. This specially chosen selection of concert recordings, shows the "moths" at their most adventurous, with lengthy excursions in which they improvise extensively! An "official bootleg" that transports you back to the early 70s with a heavy/bluesy/spacey psych-progressive. With an excellent bluesy vocalist and dual guitars, you'll find hints of Cream, Jimi Hendrix, Garybaldi, Mahavishnu Orchestra, Pink Floyd, SBB, etc. all in the uniquely Courtyard Moth sound. A rare piece of history preserved by Auricle Music!

A few last copies of the cassette can be purchased from our Discogs shop: www.discogs.com/sell/release/7867285?ev=rb